TableTennisNation.com is reader-supported. When you buy something through links on our site, we may earn an affiliate commission. 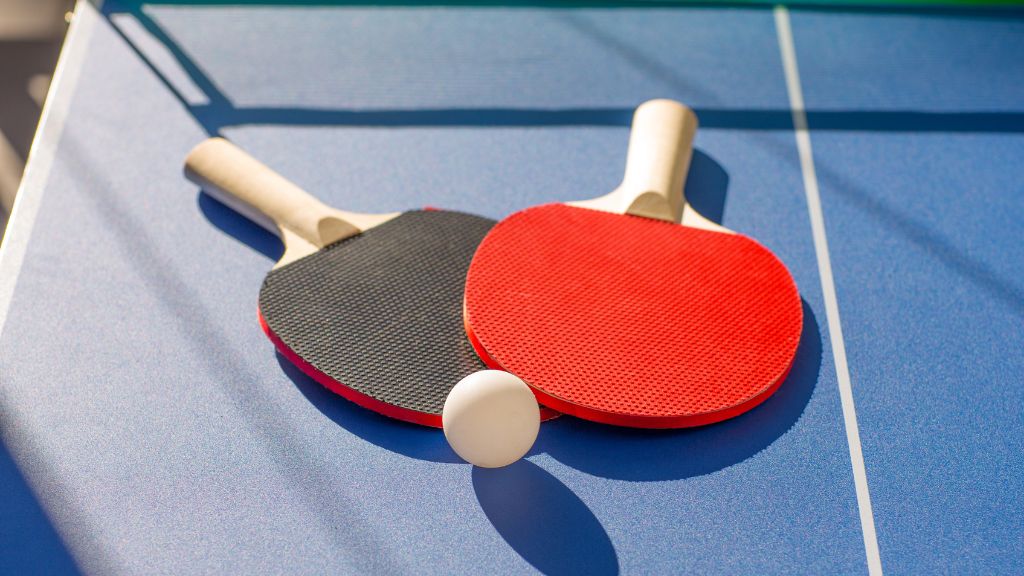 Table tennis is one of the most popular sports, with millions of players and enthusiasts around the globe. With its excitement, benefits to the health and social aspects, and low barrier to entry, it is no surprise that people from all walks of life are embracing table tennis.

However, despite its popularity, people still need to learn more about its history and origin. Most people know table tennis for what it is now, but a few people are unaware of how the game started.

And so in this article, we will look at the history of table tennis, from its origin to the modern-day sport that many people know and love. We’ll also go through some significant events and milestones that shaped its development.

Table Tennis Through the Years

The origins of table tennis can be traced back to the 1880s in Victorian England. The indoor tennis was an adaptation of lawn tennis so players could continue playing during the winter when it was too cold to play outside. Back then, the players had to use whatever equipment they could find or improvise.

The first table tennis game was played using a champagne cork as a ball, cigar boxes as bats, and books as the net. During that time, table tennis was considered a distraction for the wealthy.

While some consider J. Jaques & Son Ltd. as the inventor of table tennis, the credit was given to an Englishman named David Foster. Sometime in 1980 in England, he became the first to patent a table tennis-style game called Parlour Table Games.

His Table Games was a collection of table versions of Cricket, Football, and Lawn Tennis. The table tennis sets included a stringed racket, a 30mm rubber ball covered with cloth, a wooden fence to mark the play area boundaries, and side nets to catch stray balls.

In 1897, the first national table tennis championship was held in Hungary. The game continued to gain popularity, leading to the rise of two rival organizations in England: the “Table Tennis Association” and the “Ping Pong Association” in 1901.

Also, in 1901, James Gibb brought back the first celluloid ball from his trip to America. It was a new type of ball significantly lighter than the previous rubber balls. The year after, British table tennis enthusiasts E.C. Goode introduced bats covered with rubber and pimples, further modernizing the game as we know it today.

Though table tennis was popular for a time, it eventually fell out of popularity. In the 1920s, however, it made a comeback in Europe. Englishman Ivor Montagu revived the “Ping Pong Association” in 1921.

In 1926, the International Table Tennis Federation (ITTF) elected Montagu as the first President and then established the original standard rules for table tennis. The same year, the first table tennis World Championships happened in London.

The 1920 to 1950 period of table tennis is known as the classic hard bat era because rackets lacked sponges. It is one of the reasons why European players dominated the competitions. Later, a big change in technology used in table tennis bats happened when Japanese player Hiroji Satoh used a racket with a foam sponge rubber layer. It allowed him to produce more spin, helping bag the during the 1952 World Championships.

The popularity of table tennis skyrocketed after the event, and countries like China, Japan, and Korea began winning more World Championships. With modern technology and equipment, table tennis has evolved into a highly competitive and exciting sport that draws millions of global fans.

Table Tennis vs. Ping Pong: Which is One is Correct

Even at present, people use the terms “table tennis” and ping pong” interchangeably. The truth is, when the game was first introduced, people called it table tennis.

In addition, people call table tennis Pingpong because of its association with the ball’s sound every time it hits the paddle after bouncing from the table. In other words, Ping Pong got its name from the game’s sound. Another alternative name for table tennis is whiff-whaff, but it became less common than Ping Pong.

Table Tennis at the Olympics

After the ITTF adhered to the requirements of the International Olympic Committee (IOC), table tennis officially became part of the list of Olympic sports in 1988. During the Summer Olympic Games in Seoul, Korea, participants competed in singles and doubles events for both men and women categories.

Since then, table tennis has continued to grow in popularity, with millions of people worldwide tuning in every four years to watch some of the best players compete for gold and glory.

Changes in Table Tennis Rules Over the Years

It is one of the first significant rule changes that table tennis underwent. Before this change, the net height was 6.75″ high and shortened to 6″. It is a slight difference, but it impacted the game, making it faster and more competitive. The rule change also allowed players to attack easier, and since then, they have played more aggressively.

1986: Different colors of the racket rubbers

Back then, table tennis players used a tricky rubber such as short pimples, long pimples, or anti-spin in combination with a regular inverted rubber, but both rubbers would be the same color. They twiddle their racket, so no one will know which side they are striking the ball with. As a result, ITTF declared that one rubber must be black, and the other, red.

With the widespread use of speed glue, the ball size was increased from 8mm to 40mm. Since then, the rallies have become longer because it’s harder to spin the ball quickly.

The scoring system changed from 21 to 11 points to speed up the game. It is one of the most significant changes in table tennis history and impacted the game the most. Before, players could still bounce back after being down by a huge deficit, but now with a new scoring system, a come-from-behind-win is challenging to pull off.

The ITTF introduced a selection of new service rules to make it easier for the receiver. Before the rule change, servers would hide the ball’s spin by observing it with their non-playing arm, which often ruined rallies. With the new rule, the ball must remain visible to receivers during serving sequences.

With the hazardous nature and lack of supply, plastic replaced celluloid as the material for table tennis balls. Plastic balls or 40+ poly balls are usually made from Acrylonitrile Butadiene Styrene (ABS plastic) and are slightly larger than celluloid balls.

Although two rubbers with the same color are still not allowed, players cannot use other colors besides the red and black rubber combination. Currently, some allowed colors are green, blue, purple, and pink.

From 1930 to 1950, the Soviet Union banned table tennis because they believed playing too much could cause blindness.

According to the Guinness Book of World Records, the longest table tennis rally was completed by an English father and son tandem, Peter and Daniel Ives. They hit the ball a whopping 32,000 times during their 8-hour, 40-minute-long game without taking a break.

A standard table tennis table is 2.74 meters long, 1.525 meters wide, and 76 centimeters high. The only tables that ITTF allow are those that are made from wood or any similar material. The tennis table has a net in its middle that divides it into two equal parts.

Based on the ITTF’s rules and regulations, the net in the middle of the table should be 6 feet long, 6 inches wide, and should have an overhead tape that is no bigger than 15mm wide.

Over the years, table tennis has gone through many changes and innovations. But despite all these changes, the popularity and excitement it brings to the players and spectators remain.

The game continues to evolve with new technology, equipment, and techniques, contributing to its increased popularity and prestige. Whether you’re a beginner or an experienced player, there’s always something new to learn and explore in table tennis.

Keep in mind that we may receive commissions when you click our links and make purchases. However, this does not impact our reviews and comparisons. We try our best to keep things fair and balanced, in order to help you make the best choice.

As an Amazon Associate I earn from qualifying purchases.